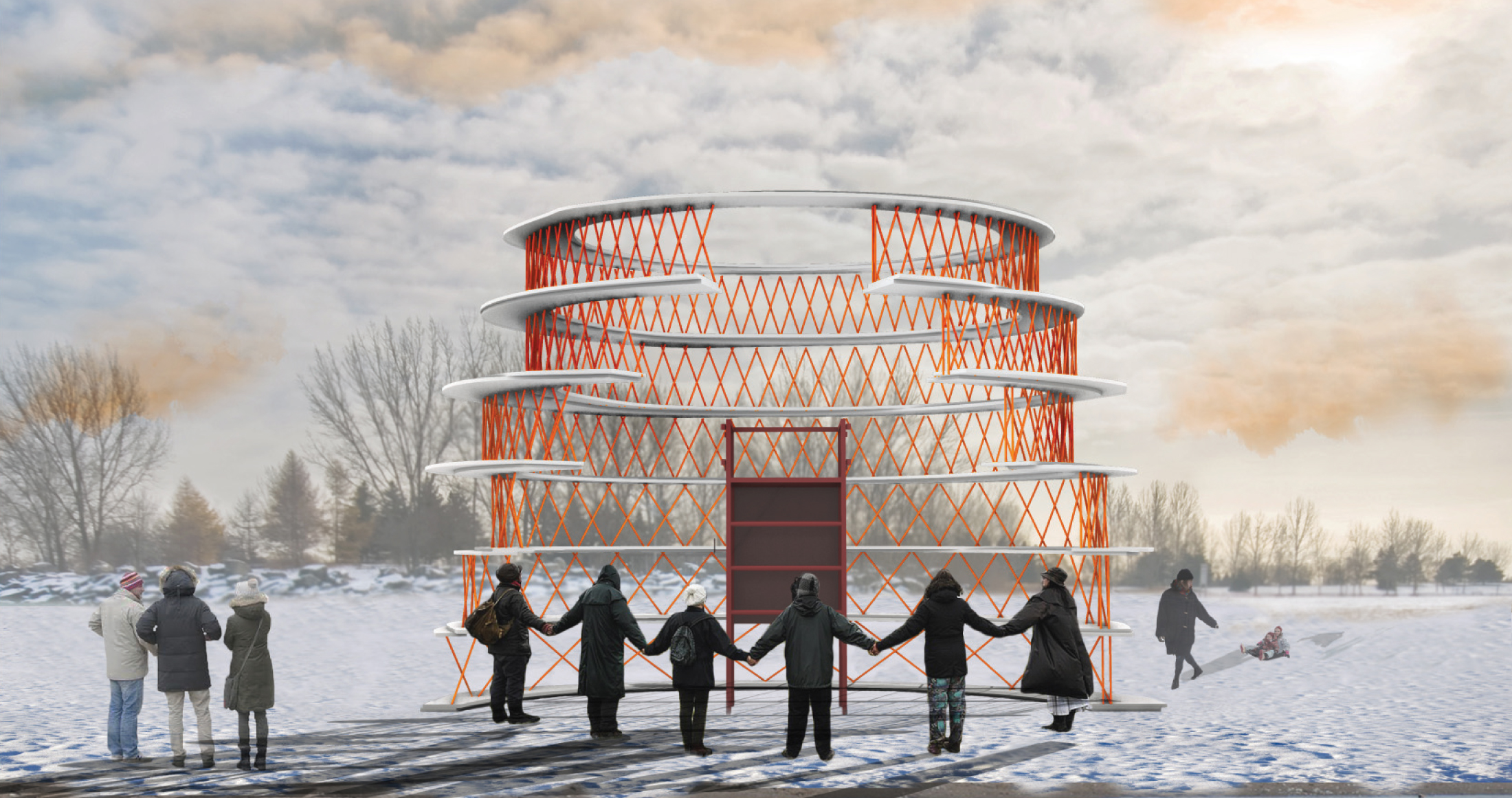 The Indigenous Peoples in Canada are an inspirational example of resilience due to their ability to withstand adversity and persevere through generations of oppressive colonial policies. Historic injustices persist, including the effects of cultural genocide from the residential school system of Canada. Here we symbolize bridging the gap between Indigenous and non-Indigenous Peoples through gathering. Accomplished through the support of the seven grandfather teachings, represented by the seven rings of the installation, that originated with the Anishnabae Peoples, passed down through generations that ensures the survival of all Indigenous Peoples: Wisdom, Love, Respect, Bravery, Honesty, Humility, and Truth. Orange represents the National Day of Truth and Reconciliation, and the reality that the support of non-Indigenous Peoples, as Indigenous Peoples assert rights to self-determination, will strengthen relations and begin to redress the historic wrongs. Orange is displayed in the ropes where the pattern pays homage to the creation of drums, where the ropes were weaved to honour culture. The installations flow towards the lifeguard stand reinforces the strengthening of the relationship and that the protection of Canada hinges on the unity between peoples. We aim to symbolize movement to a new relationship, one based on mutual respect that honours Indigenous treaties and rights. The road forward is long and nonlinear, but we commit to take the journey together.